Greek Cheese. It’s all about the Feta! 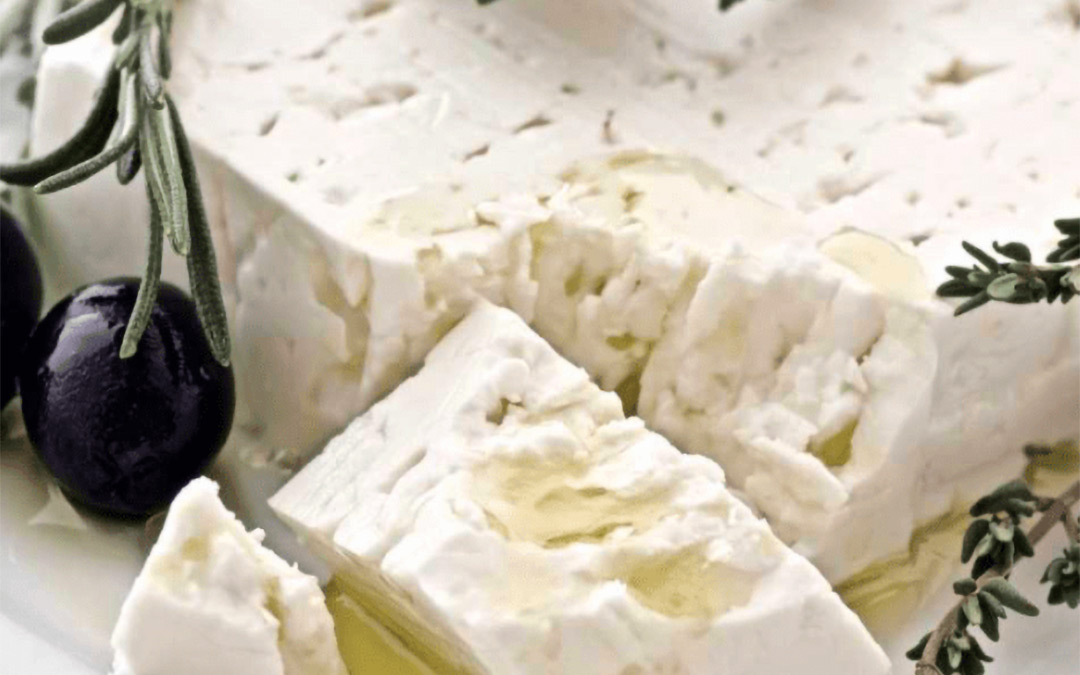 We all know that Greek Feta cheese tastes amazing, but what gives Feta that unique flavour?

Synonymous with Greece, Feta has become a staple not only in Greek food but in culinary cultures across the globe – both cooked and fresh.  The word feta comes from an ancient Greek word meaning slice.  Feta is often referred to as white cheese and offers salty and tangy profiles, accompanied by crumbly, slightly creamy textures. Feta’s distinct zest comes from being stored in brine, giving it a unique bite and aridity, similar to that of dry wine. Some white cheeses are made exclusively from cow’s milk, resulting in a creamier flavour and a springy texture, or a combination of sheep and goat’s milk, giving Feta it’s a signature tangy flavour. 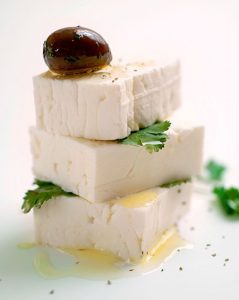 Over the years, the popularity of Feta has spawned several variants from other culinary cultures, resulting in unique and delicious twists as other countries adopt a version of Greek Feta Cheese as their own!   As we know, the Greeks were the first to make feta, but these days variations of feta are made all over the world.  Here’s how to tell them all apart: Traditional Greek feta, is in our opinion the best, but we are of course biased!  Greek feta is made with at least 70% sheep’s milk, with goat’s milk often making up the other 30%. The flavour is salty and tangy, the texture dry and crumbly.. and of course, delicious!

Danish feta is made from cow’s milk and has a milder, creamier texture whilst traditional Bulgarian feta is made with sheep’s milk and yoghurt culture, which gives it a particularly tangy taste.  Australian feta is usually made from cow’s milk and the texture and flavour of Australian can vary, but it’s generally a happy medium between the saltiness of Greek feta and the creaminess of Danish feta. And finally, marinated Feta.  What is marinated feta anyway!!??  Marinated feta makes a great addition to an antipasto plate, it can liven up a salad or toasted sandwich and is just as good eaten straight from the tub!!!

Is Feta cheese good for you?

Did I mention that Greek Feta is actually healthy?  Dieticians and doctors around the globe say that Greek Feta cheese is also the healthiest cheese option in the world.  Feta not only tastes great; it’s also a beneficial part of any diet. Feta contains calcium, which strengthens bones and teeth, promotes heart health, and supports muscle strength. A single ounce serving of feta will cover 14% of your recommended daily calcium intake.

What are the best ways of eating Greek Feta cheese?

Feta cheese is extremely versatile, in that it can be used in many cooked dishes such as roasted feta and honey or Melitzanes me Feta (Baked Eggplants with Feta) and can also be eaten on its own, crumbled into salads (the classic Greek salad being the best example), or baked into pastries such as spanakopita.

Need some inspiration!? Check out my recipe here.