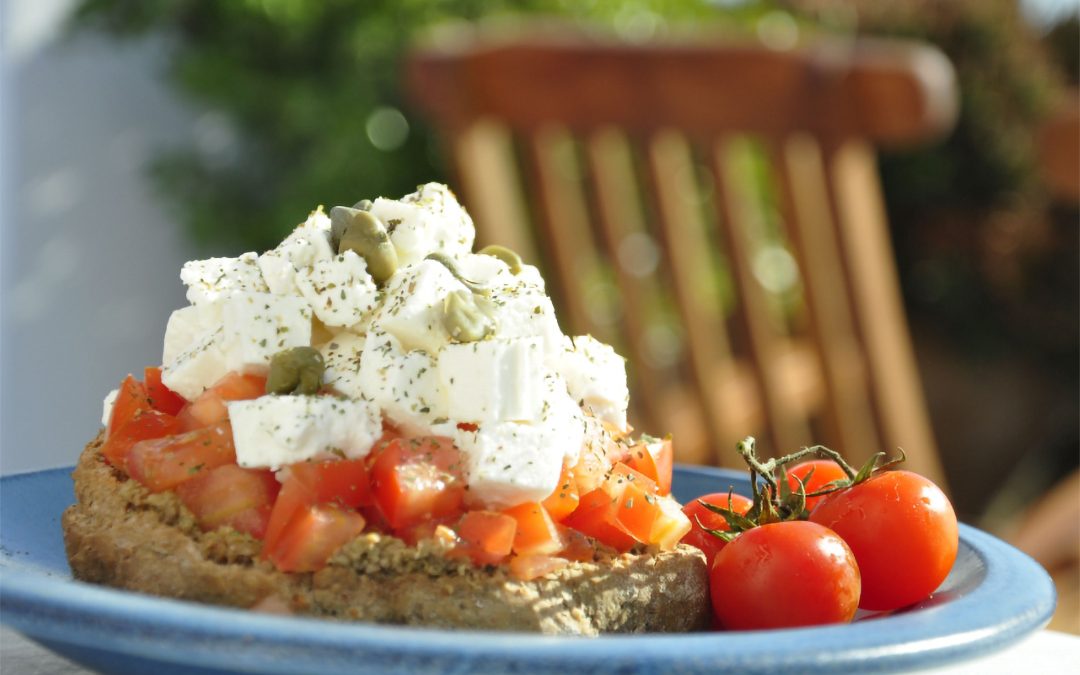 While Rusks serve as a tasty substitute for bread to eat with lunch, dinner or as a snack with a hunk of cheese, a sliced tomato and a bit of wine, my favourite way to eat paximadia is in a bread salad from Crete called Dakos. This recipe is made using our Olympian Rusks. So delicious…thinking of it now makes my mouth water!