So why is a Vasilopita or Greek New Year cake lucky anyway!?

A Vasilopita, pronounced vah-see-LO-pee-tah, is a traditional Greek cake or bread prepared and enjoyed to celebrate the New Year, and hidden inside the cake is a coin. The Greek word Vasilopita is directly translated as “Sweet Bread of Basil”, and the cake is made in honour as an act of charity by St. Basil to the poor.

The story of the lucky coin in the Vasilopita originates from the time the prefect of Cappadocia asked for all the treasures of the city of Caesarea to be delivered to him, otherwise, he would besiege the city to conquer and loot it. St Basil, or Basil the Great, in his turn, offered the chest of gold to the prefect in order to save the city.

So, staying with tradition, the family member who is fortunate enough to receive the coin in their slice is said to have good luck for the rest of the year, so to make things fair, the vasilopita is cut and served to family members based on age or rank, with the most senior members receiving the first pieces, followed by each family member according to age.

How to cut a Vasilopita or Greek New Year’s Cake 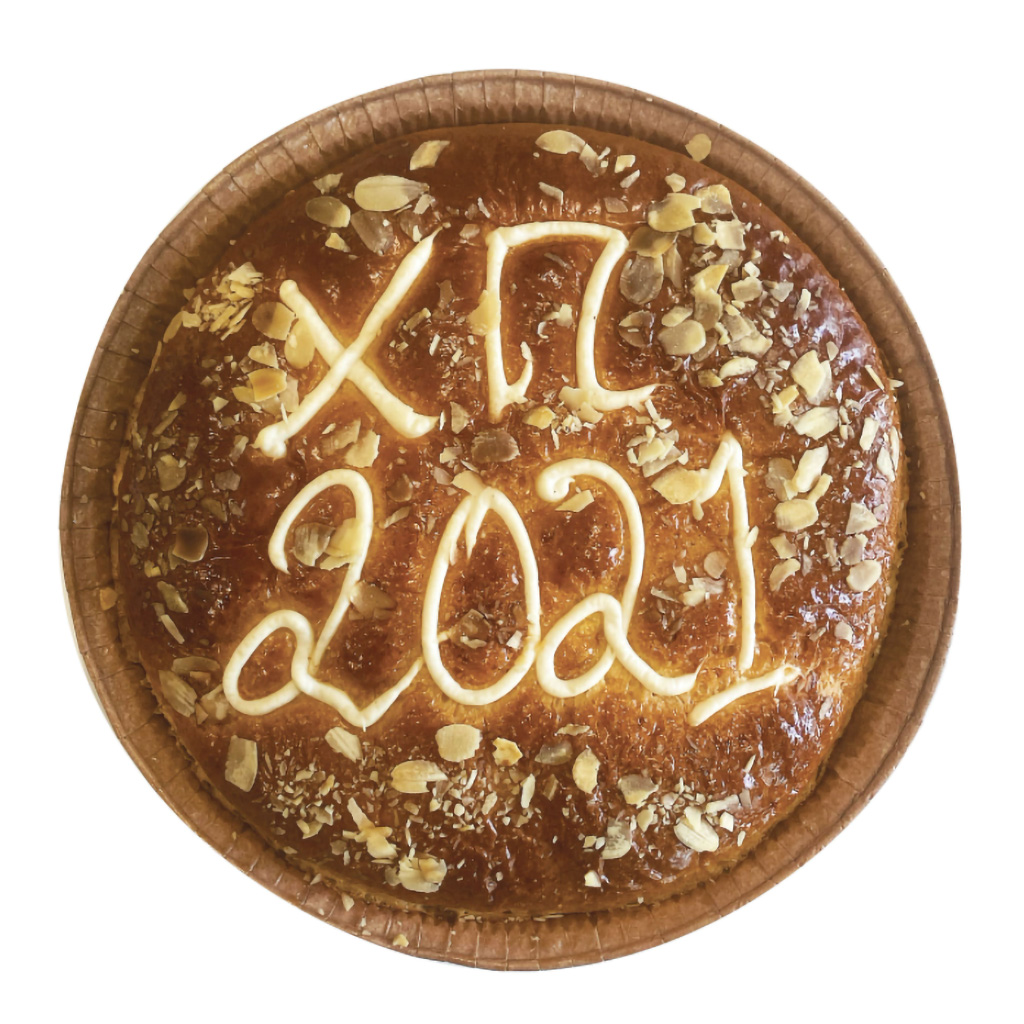 On New Year’s Eve when the clock strikes 12 after everyone wishes each other a new year it is time for cutting the vasilopita. Traditionally there is a religious aspect, so the host of the house is the one who cuts the cake. The first piece is for Christ, the second for the Virgin Mary, the third for the house and then follows a piece for the hosts, following by the oldest relatives and moving to the youngest. If a family member is away on a trip they are also included, as too are pets.

No one is allowed to look at their piece until everyone is given their piece. Then, once the server or the head of the household gives his or her okay, everyone checks to see if they found the coin. The type of coin contained within the cake varies depending on what’s available. Some cakes have gold coins, others have smaller pieces of change. The type of coin doesn’t matter as much as the fact that the coin is in the cake.

Recipes for this cake differ depending on the family or the region of Greece but in general, it involves flour, eggs, butter, and sugar and is usually finished with a sprinkle of confectioners’ sugar.

Our freshly baked Vasilopita (complete with a lucky coin) are available to order from now through to the end of December.