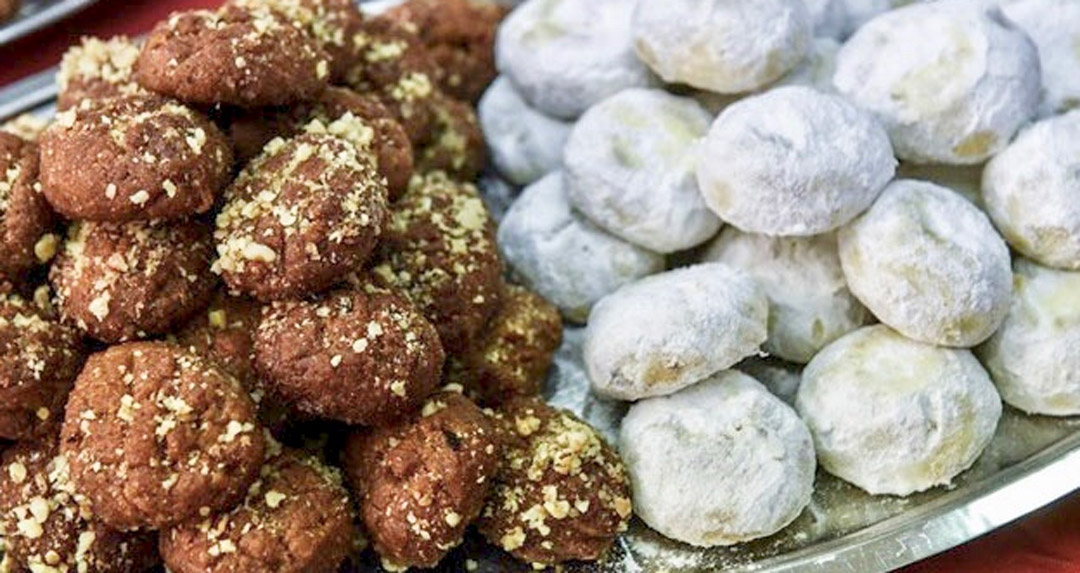 Christmas is here! Maybe the most celebrated holiday of the year in Greece, it cannot get more festive. Athens and the rest of Greece is decorated with lights, Christmas carols and “Wham” songs are everywhere lifting spirits.

Traditionally families and friends get together to celebrate the Christmas period, which lasts for 12 days and begins on the 25th of December and lasts until the 6th of January, the Feast of Epiphany.

Obviously in a country that takes pride in its tradition of food, there are many delicacies from all over Greece that screams Christmas, but for so many its Melomakarona and Kourambies that are two words which, for Greek people, embody Christmas itself and personally, I don’t think that you can properly celebrate Christmas in a Greek home if there are no kourabiedes and melomakarona on the table!!!

They bring to mind the sweetness of the holiday season, both literally and figuratively. The two traditional Christmas sweets are an integral part of Christmas and New Year’s festivities and are present at almost festive gathering.

These oval shaped desserts, made with flour, olive oil and honey, are the signal of the festive season… and when you see them in pastry shops or bakeries, you know that Christmas is here! But Melomakarona as with many other foods in Greece have a long tradition dating far back as medieval times!

You see, the word Melomakarona is derived from the medieval Greek word “Makaronia” (Μακαρωνία), which was a food eaten at a meal after funerals. Makaronia, in turn, comes from the ancient Greek word “makaria”, which was a piece of bread having the egg shape of the modern melomakarona. Then later, when makaria were dipped in honey (“meli” in Greek), the piece of bread was named melomakarona… and these delicious sweet dessert biscuits eventually became the most popular sweet eaten during the twelve days of Christmas. 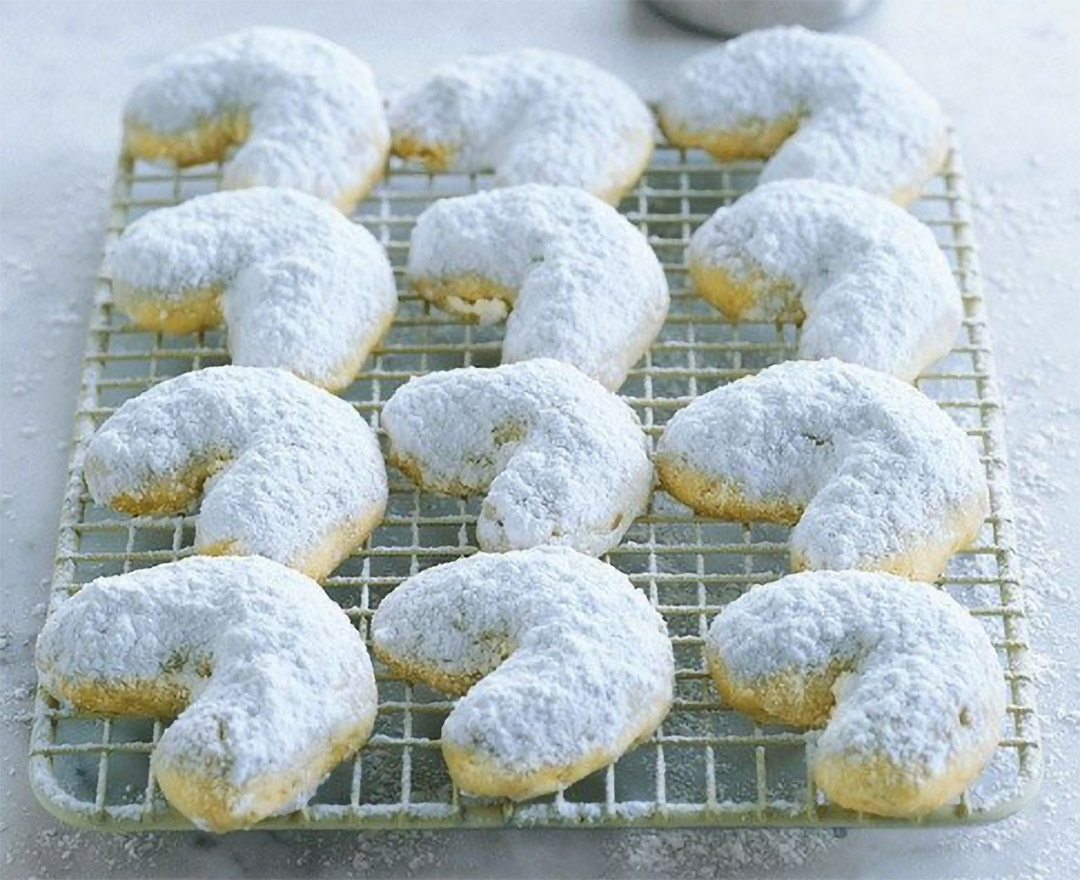 These shortbread almond crescents can also be described as the embodiment of the festive season. They are made with almonds or other nuts and dusted with icing sugar, and it’s this white tasty ‘dust’ that can also betray someone who has eaten a kourambie!!

Over time, the recipe and purpose of the cookie evolved and eventually the cookies were made for soldiers and seafarers to take them to sea or eat them on their campaigns, and it’s then when the twice baking technic derived.

Kourabiedes are now a delicious, twice baked, melt-in-your-mouth butter almond cookie and a staple in Greek households during Christmas time.

Our freshly baked kourabiedes and melomakarona  are available to order now.